The Most Incredible Experience Ever 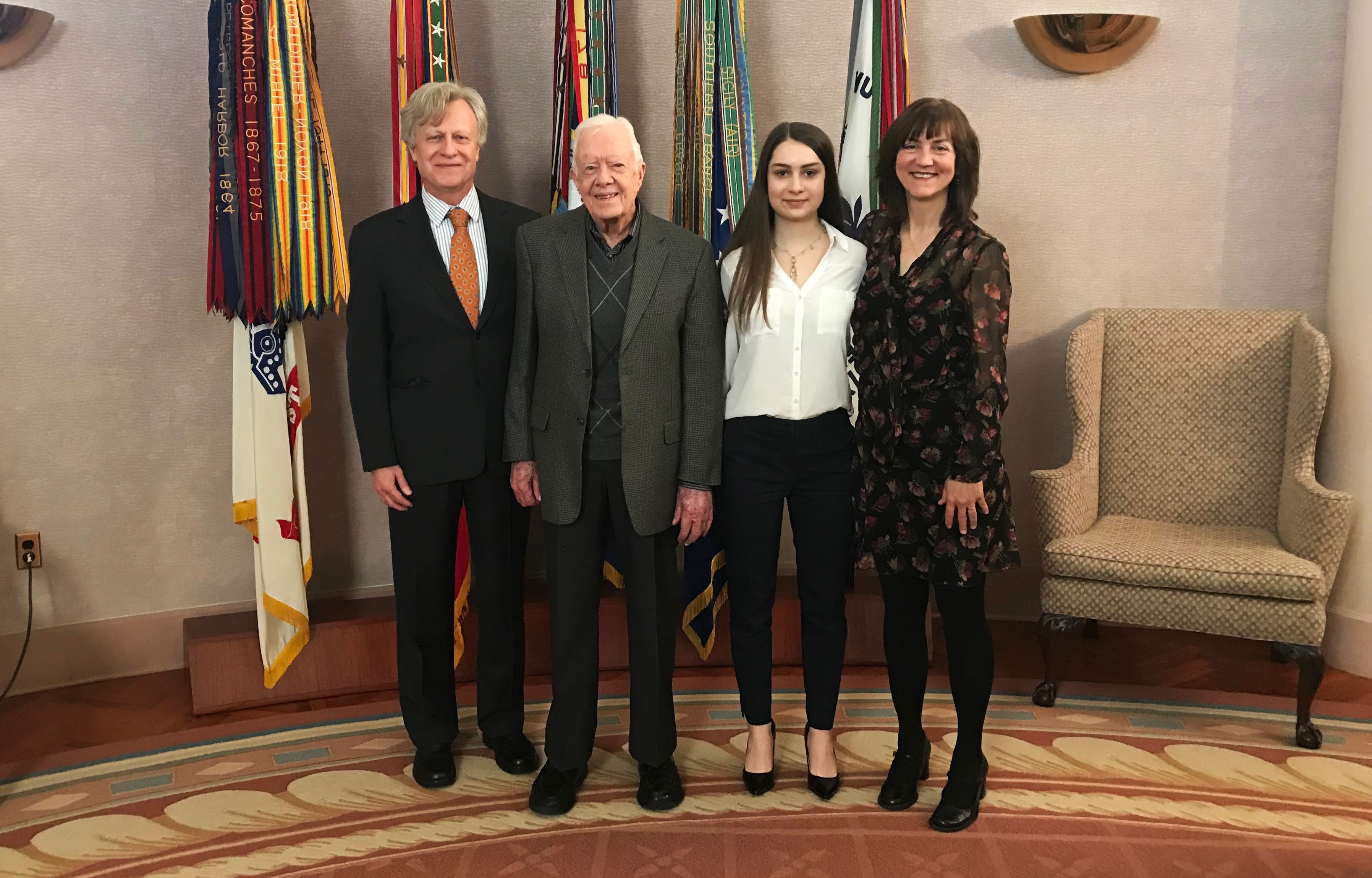 Last year, my dad was appointed the Artistic Director for the United States World War I Centennial Commision. The Commission was created by an Act of Congress in 2013. Its mission is to plan, develop, and execute programs and projects to commemorate the Centennial of World War I. Even though more Americans gave their lives during this war than during the Korean and Vietnam wars combined, World War I remains America’s forgotten war. This war shaped the rest of the 20th century. The Commission uses the Centennial Events as a felicitous opportunity to educate Americans about the causes and consequences of the war. Also, and very importantly, the events provide an opportunity to honor the heroism and sacrifice for those Americans who served and sacrificed in the Great War. 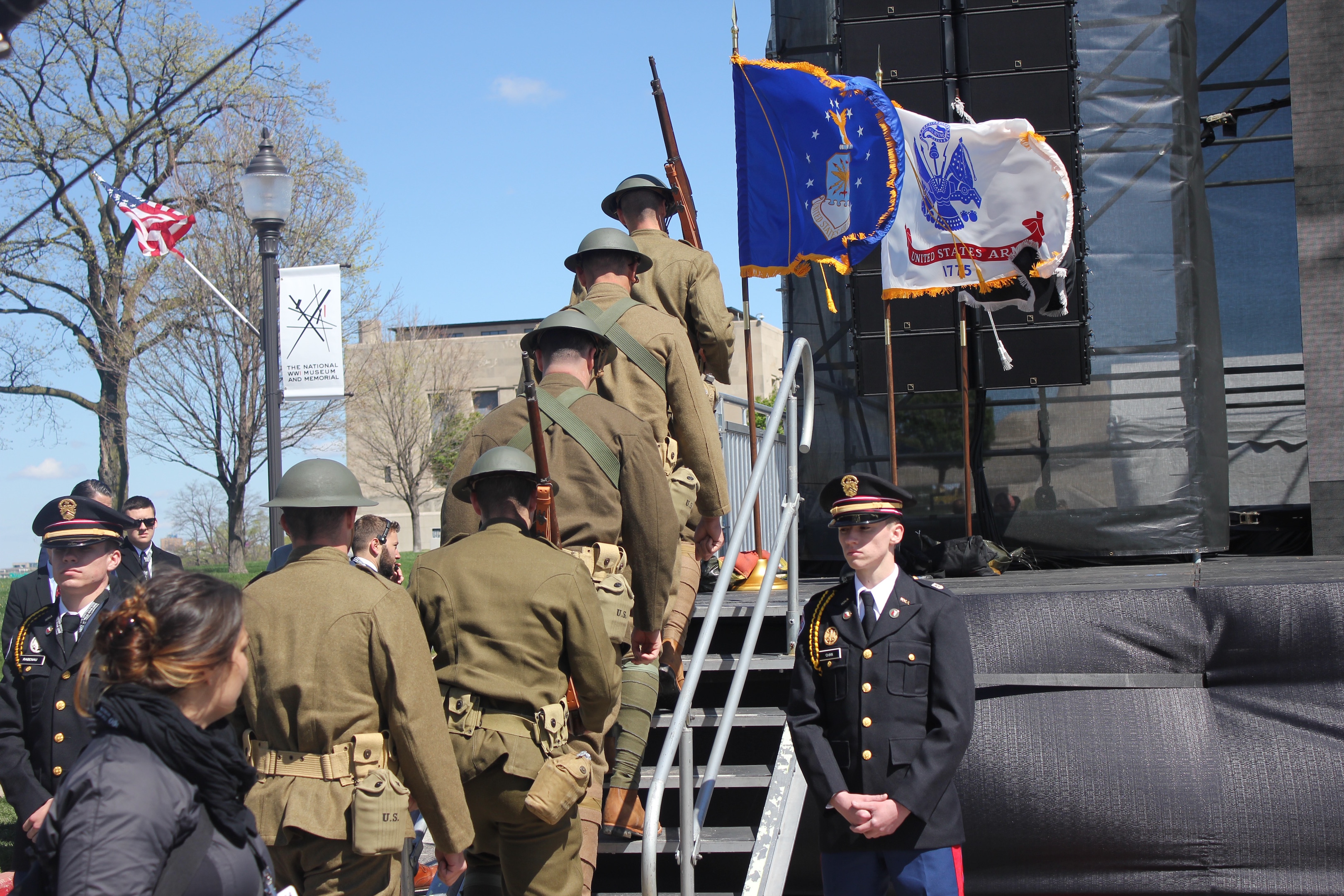 My dad is an artistic director and composer, and develops multimedia experiences and events. In 2016, the Commision appointed my dad to be the artistic director of events marking the Centennial and my mom as the music director. The first event took place on April 6, 2017 on the great lawn of the WWI monument in Kansas City. That event marked the Centennial of America’s entry into the war. Over 5,000 people attended to see a range of exciting presentations which included, a 21 gun salute by canons of the Army Artillery, and a fly over by the French Air Force, Patrouille de France, and the U.S. Air Force B-2 Stealth Fighter. The event was a huge success and begin the series of events which will lead up to the National Commemoration of Armistice in Washington on November 11. 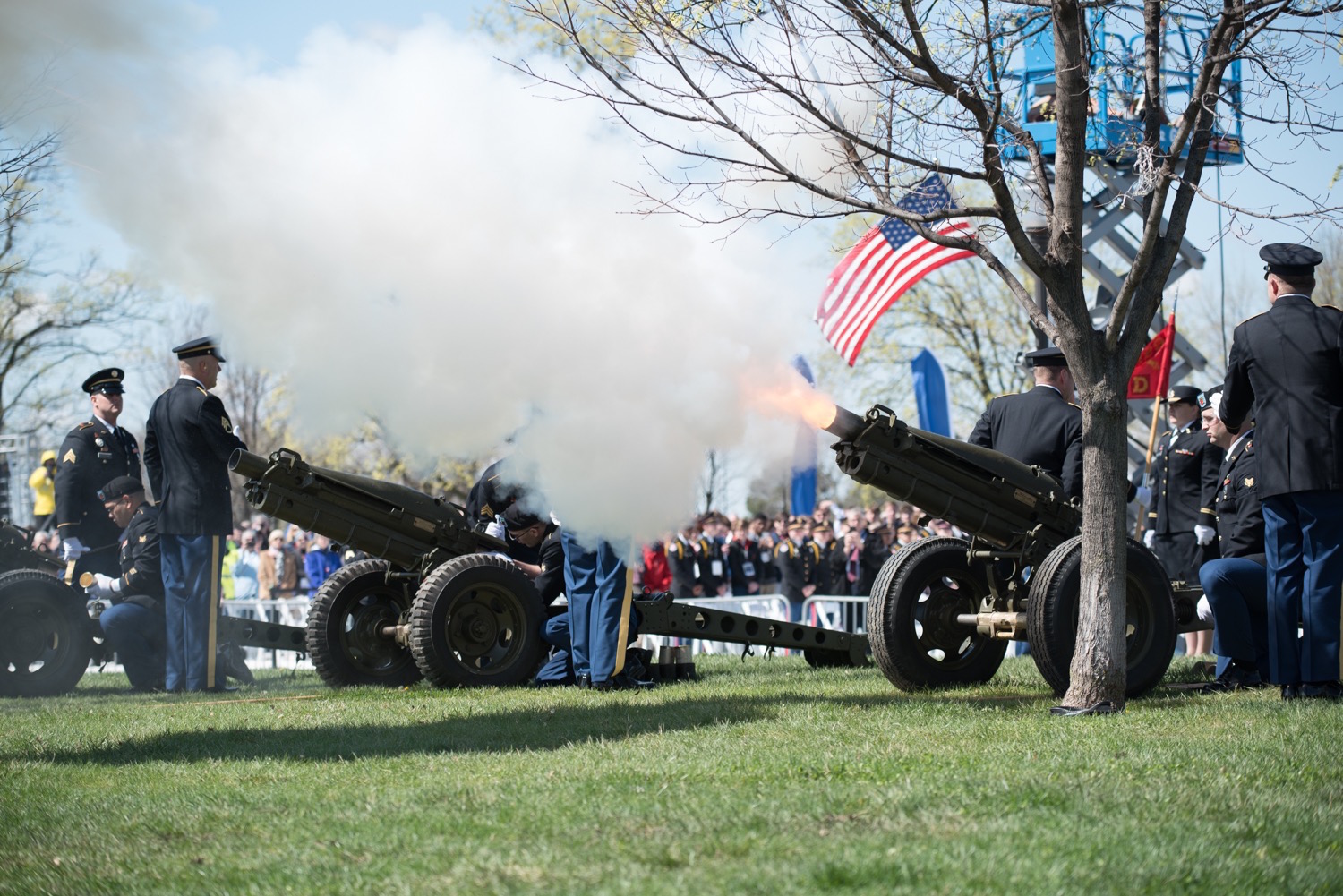 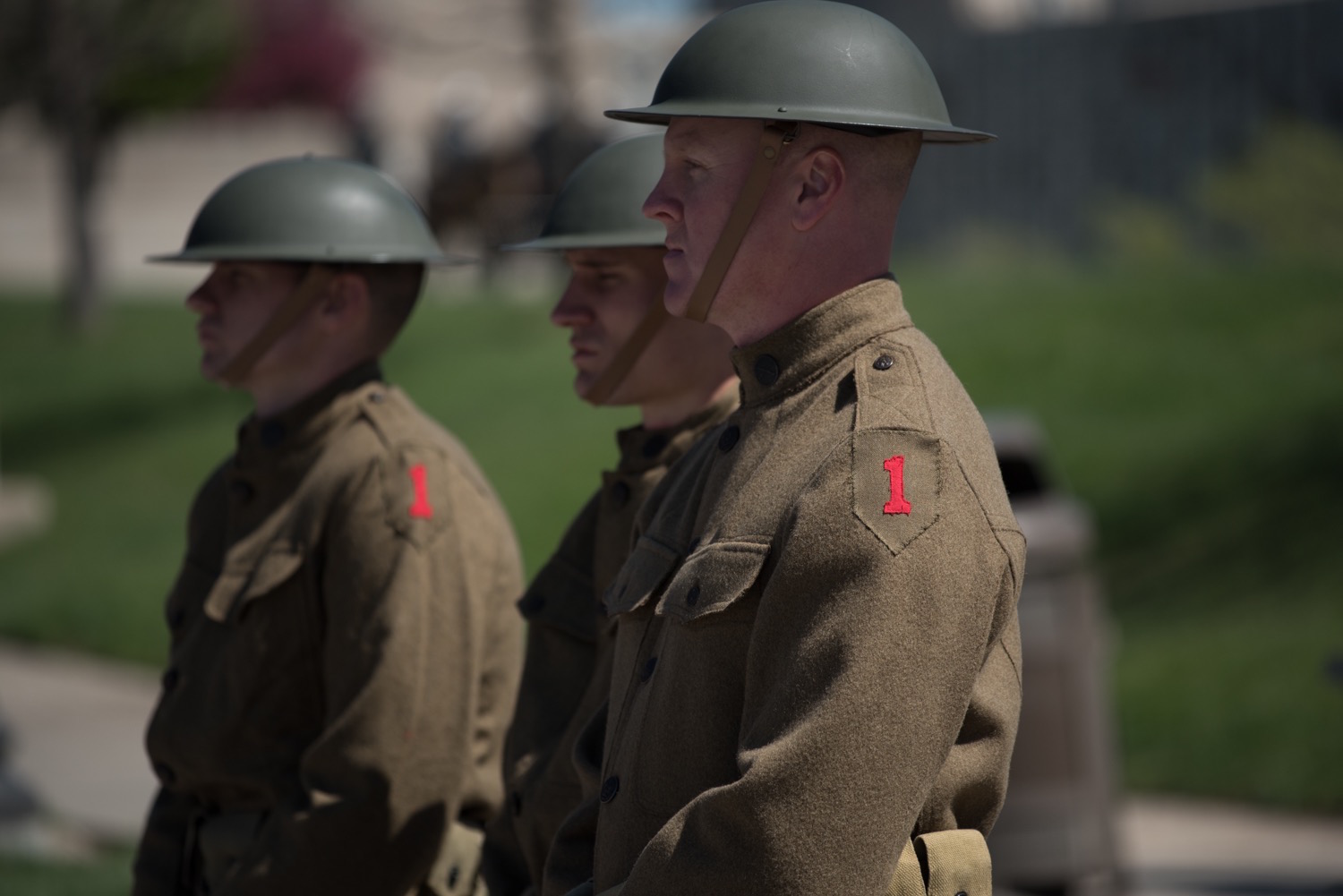 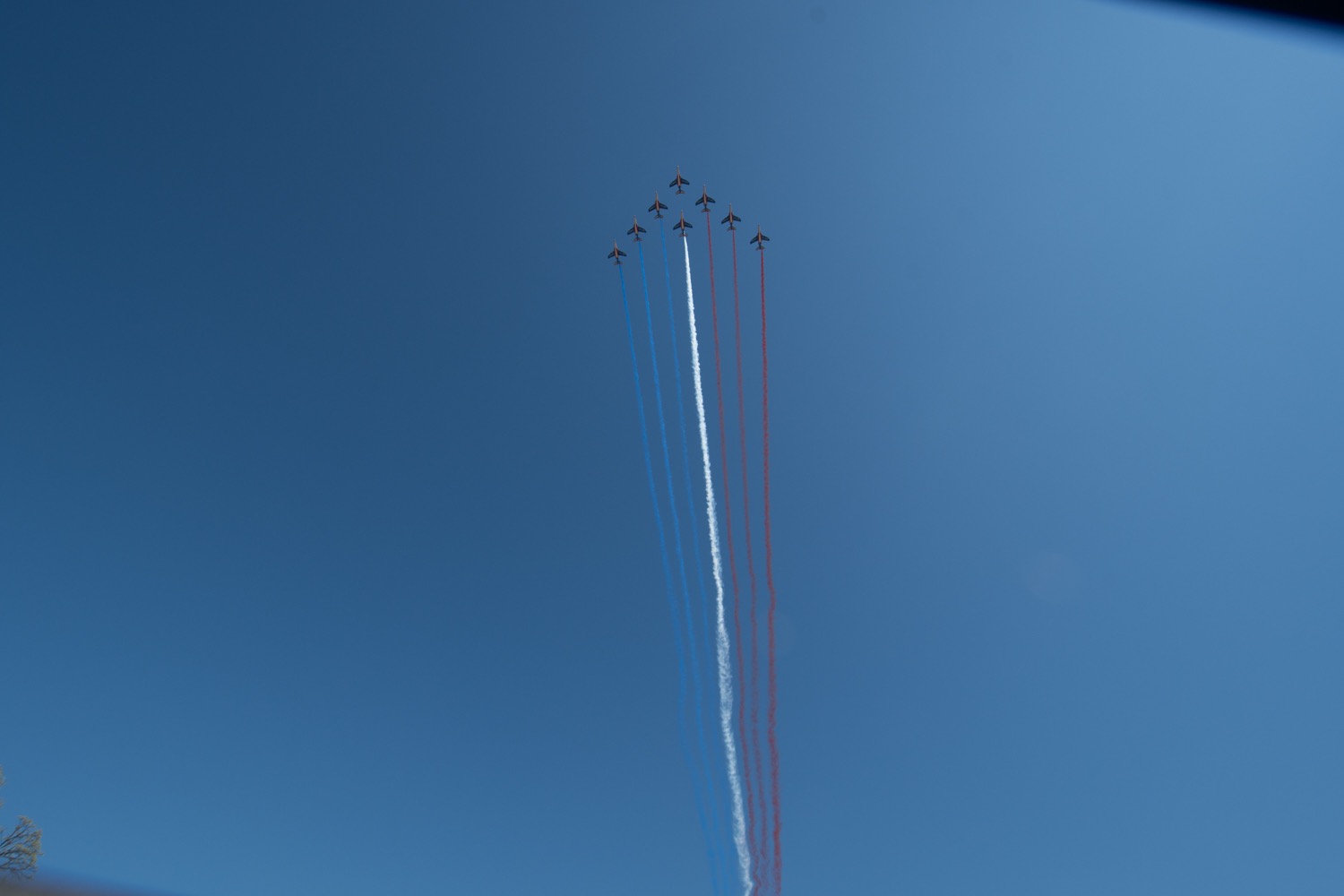 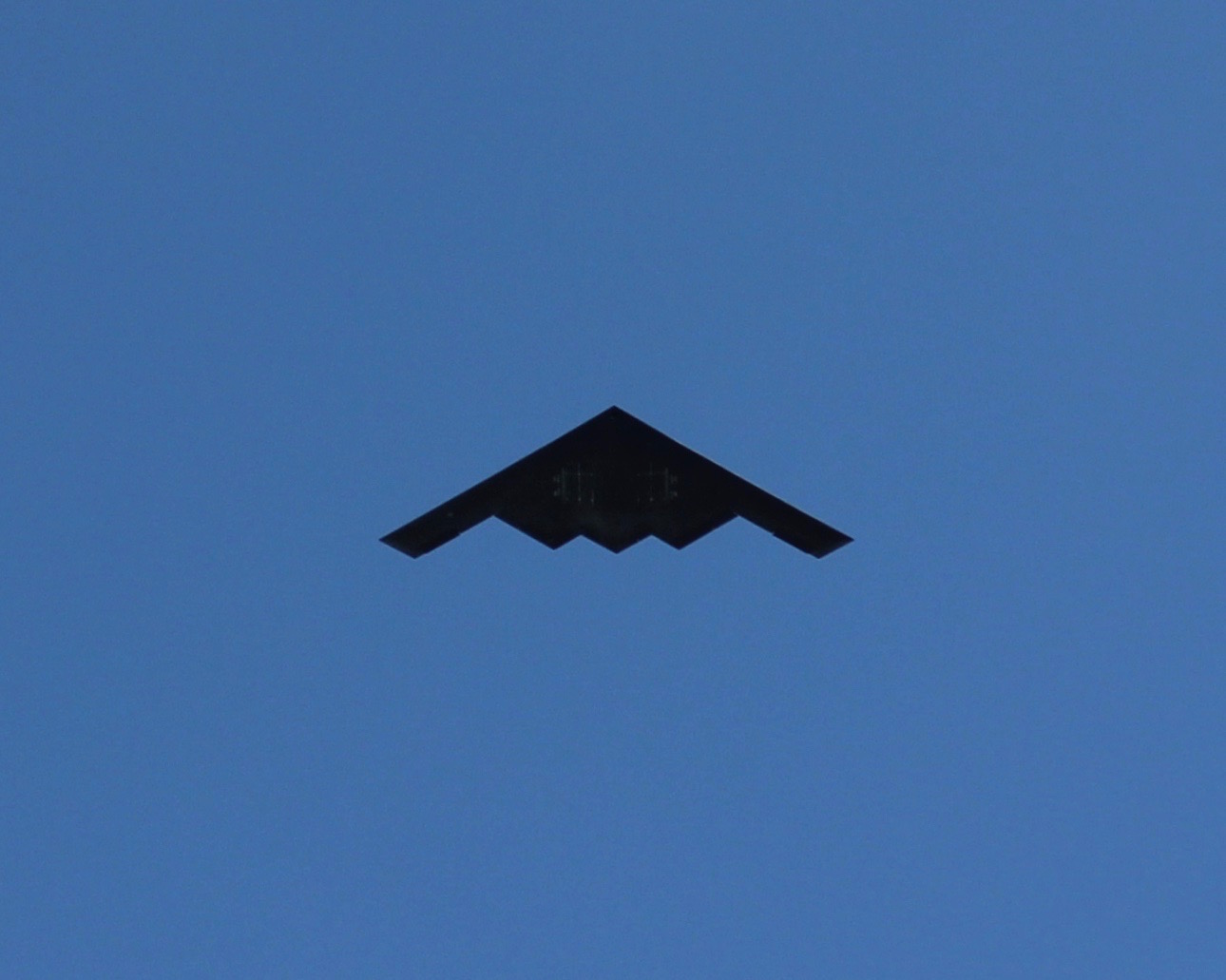 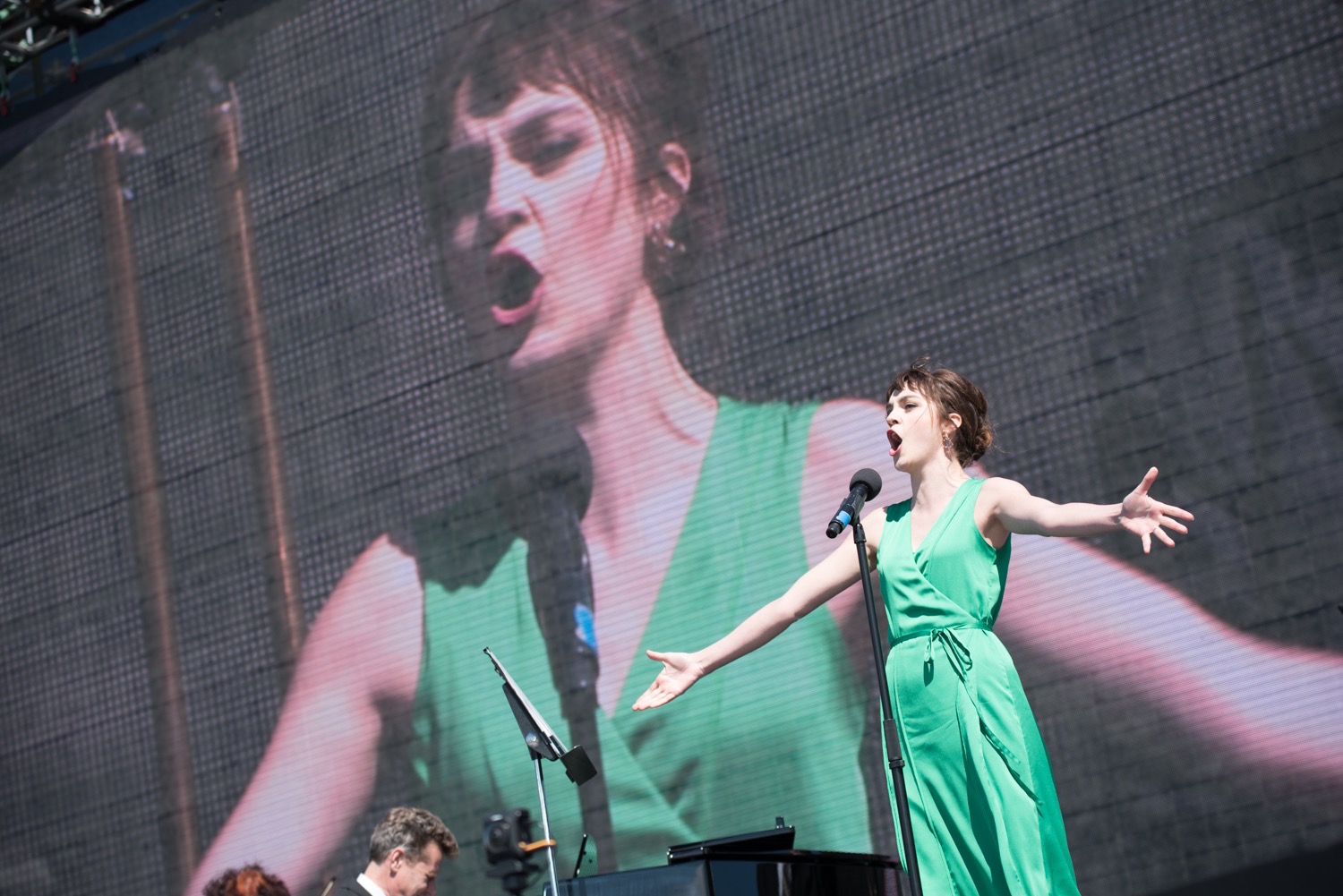 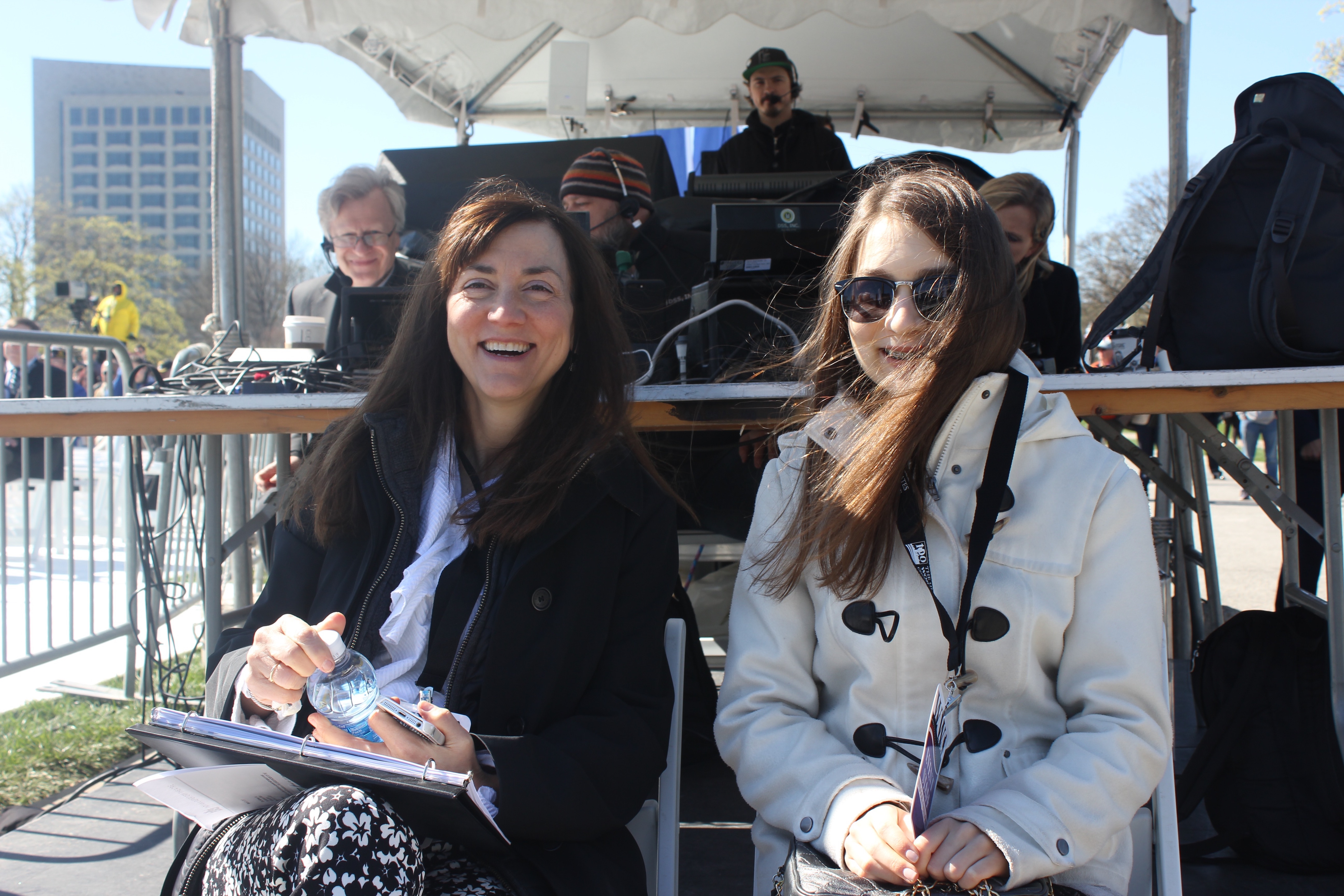 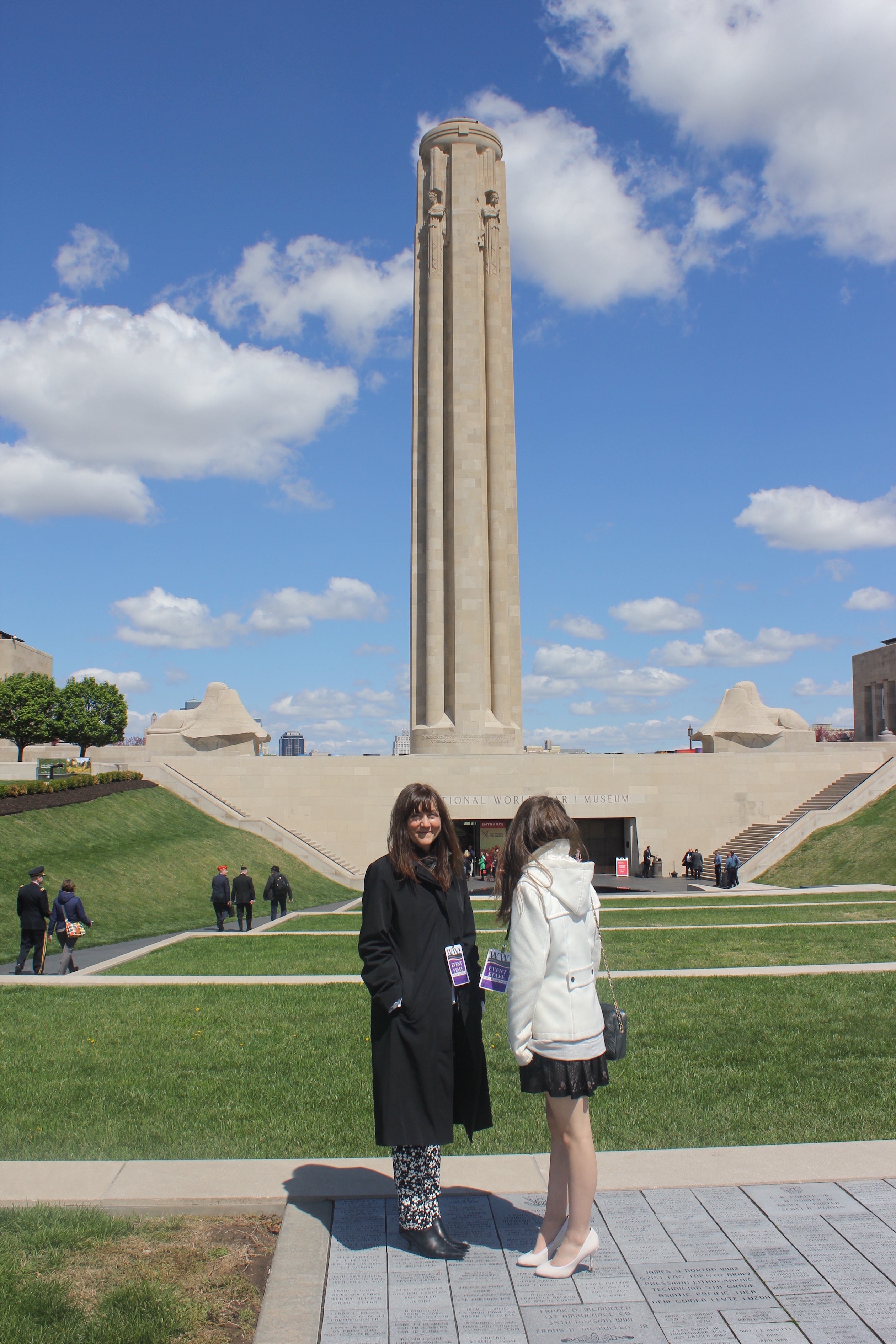 A project that my dad is particularly proud of is called “Visions of Peace”. It will be a multimedia event featuring text, video design, music, and live performances that explores important social and political themes from the WWI era that still remain relevant today. Those themes include, the women’s rights movement, the civil rights movement, appreciation of the great contributions of Native Americans to American culture, refugees and immigration, and the quest for a just and lasting peace.

It was important to my dad to have a major national figure participating in the project who could speak to the topic of peace. In his mind, no other leader has the experience as a peacemaker and who commands the respect of the American public as Former President Jimmy Carter. To our great joy, President Carter agreed to make a video recording for the project. 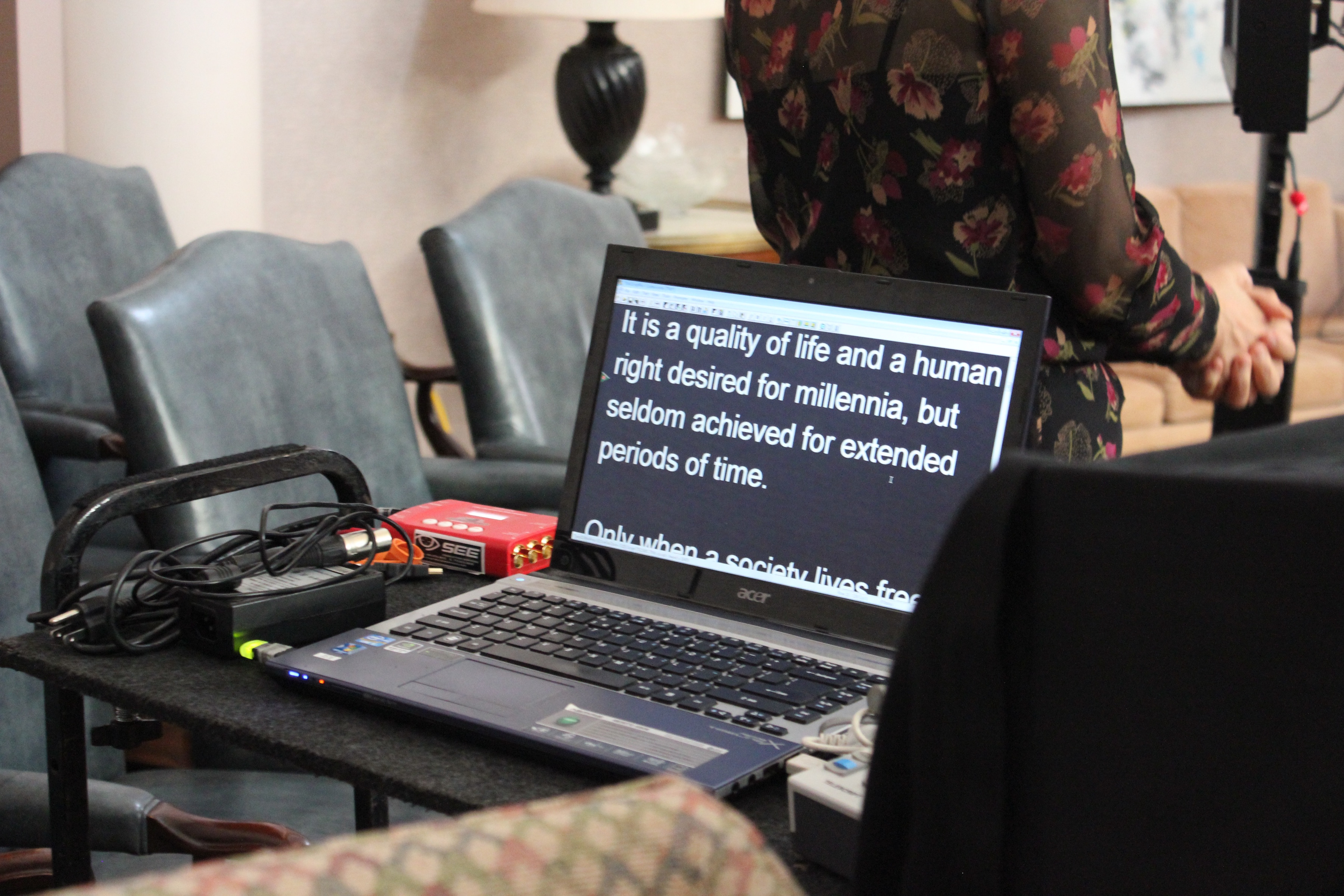 The morning of the filming was exhilarating and went by in a blur. My dad and the rest of his team arrived at the Carter Center in Atlanta, GA, two hours before the filming began. My mom and I filed in an hour later. Preparation for the shoot consisted of preparing the room in order to have both enough space for the camera and voice equipment, and to make sure the background was appropriate for the shot. Over the course of the morning almost everyone there took a turn sitting in the chair President Carter would use to ensure the camera was focused and ready to go as soon as he arrived. When all the preparations were done, we all took a big breath and waiting in anticipation for the man of the hour to arrive. 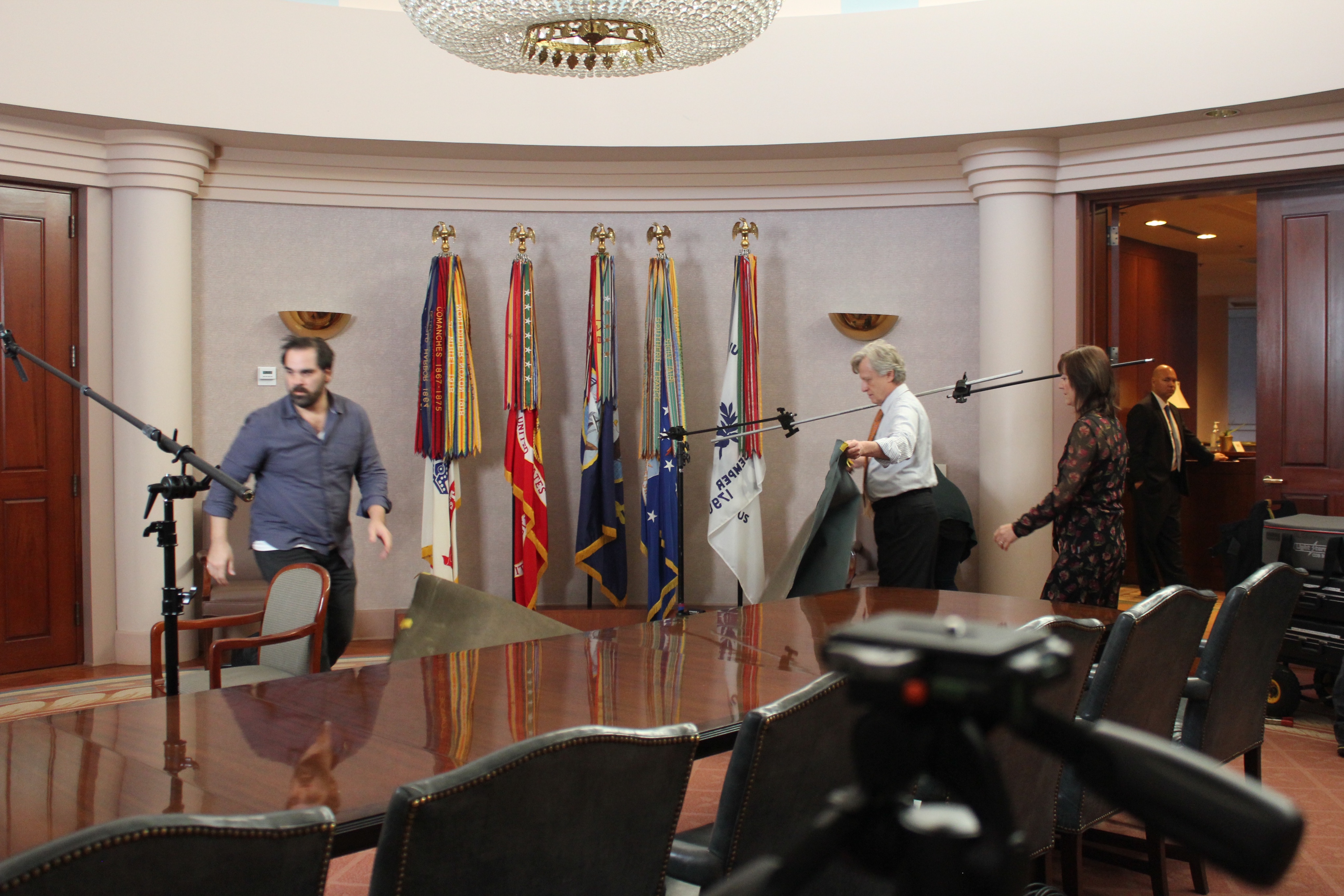 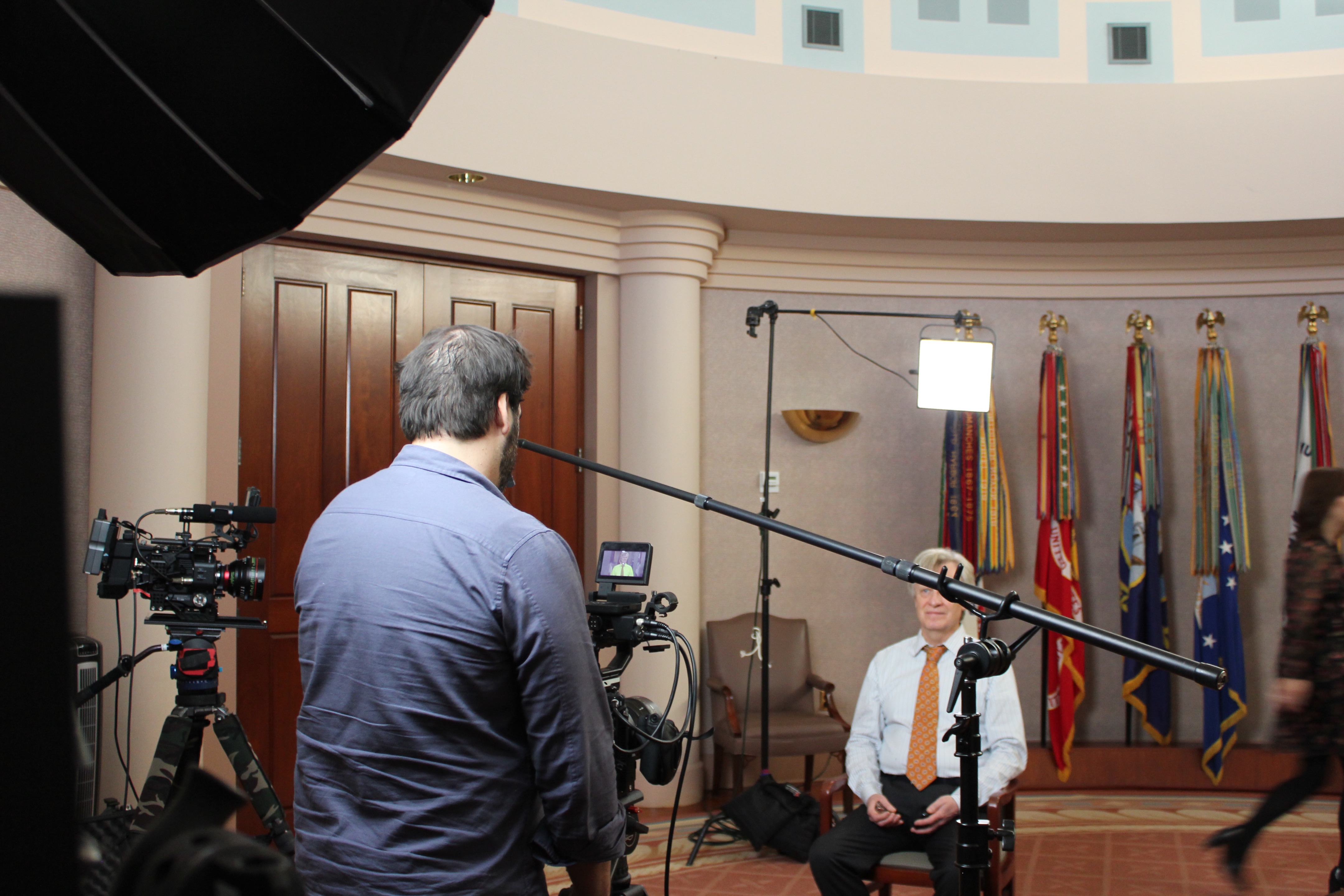 Even though this moment involved months of planning the filming only took fifteen minutes. As I look back on the day, I remember we were all very quiet and still. We were careful not to make even a squeak of sound so as not to disrupt the filming. In truth, we were all a bit nervous as well. None of us had ever been in the company of a president before, and so the silence also reflected are sense of awe of being in the presence of one of the greatest people alive today. President Carter was kind and generous with all of us and he allowed us to take pictures with him. 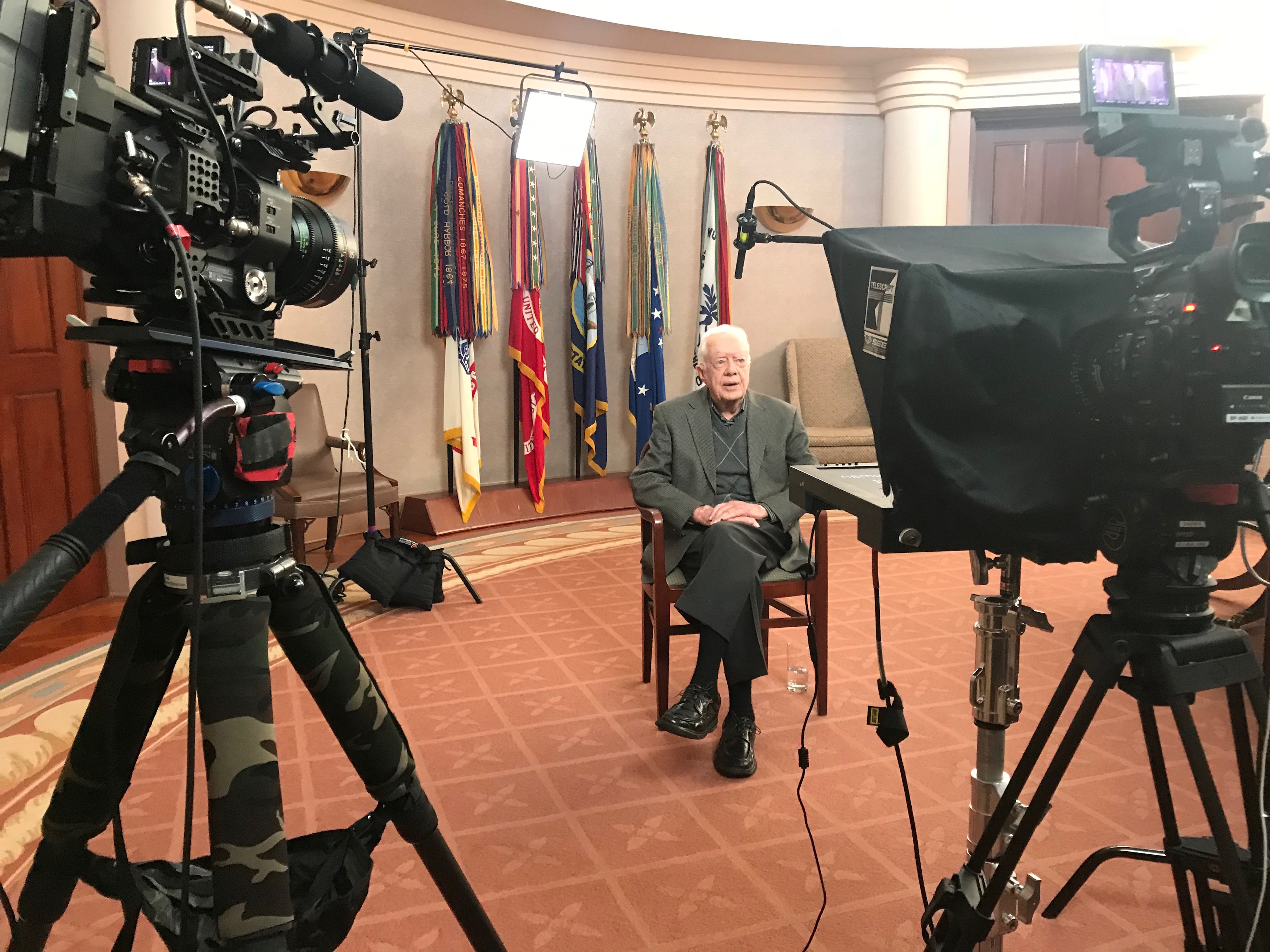 There are very few experiences in life that are so powerful that we will remember forever. Four months later, I still tingle at the thought of meeting Former President Carter. It’s important however, to know that the moments we cherish the most are not always ones we want to share with the world, but rather can be private and personal. Our goal is not to collect experiences but rather to live them as fully as possible. So I suggest to you, today or whenever you read this, be attentive to everything you do, because you’ll want to look back in the years to come and look back on your life as the most incredible experience ever! 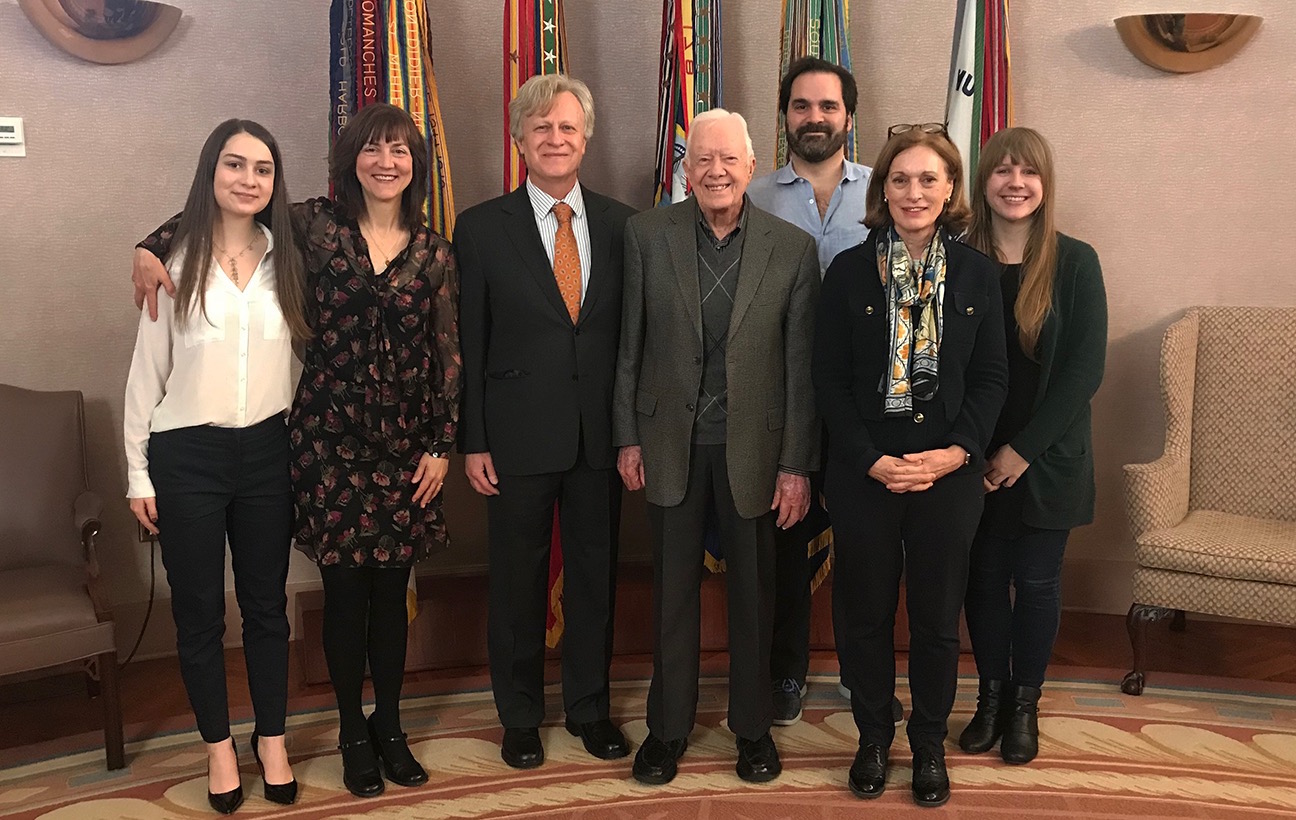 To learn more about my dads work, click the link here!

To learn more about my moms work, click the link here! 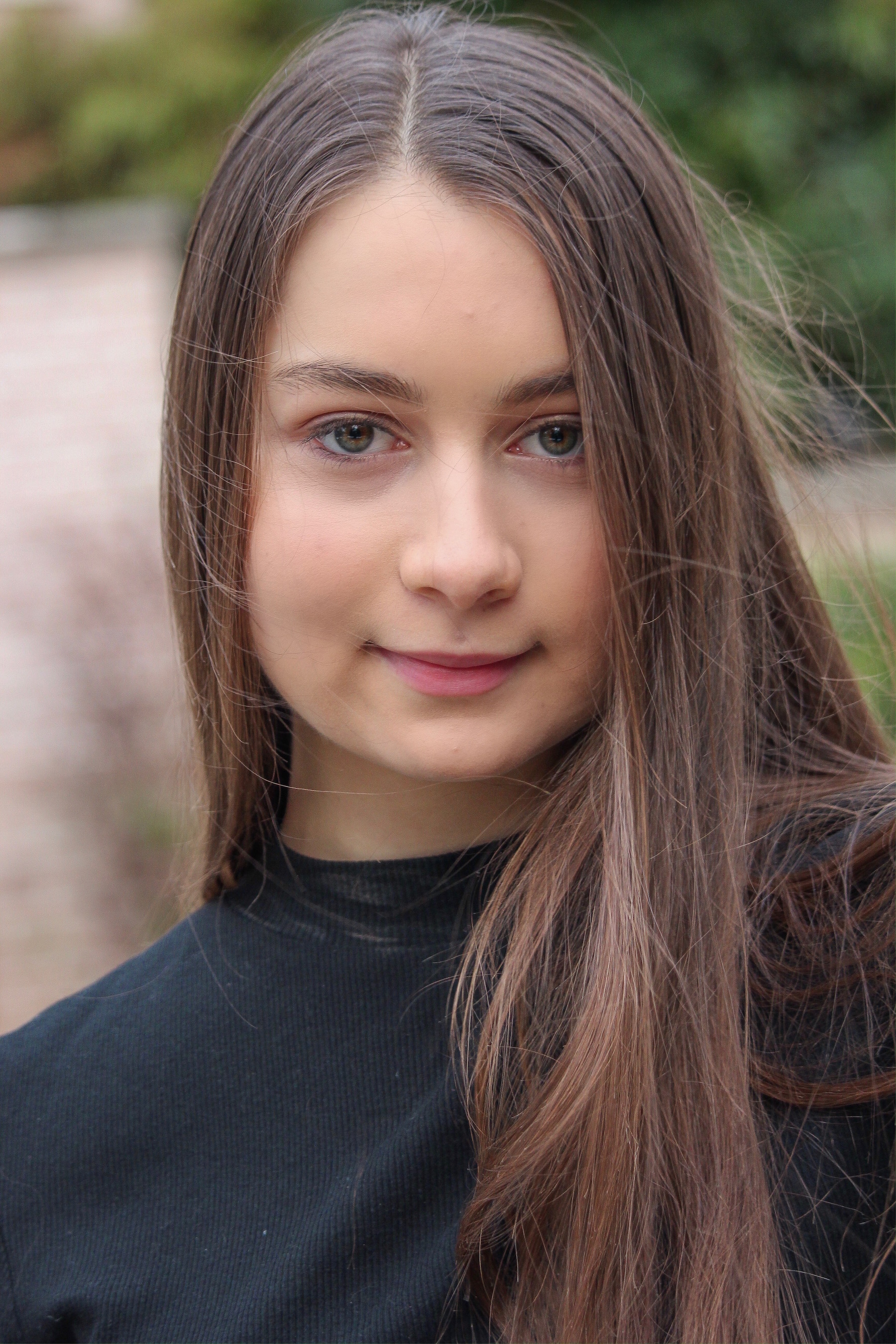 My name is Isabella and I am the blogger behind the New York-based fashion and lifestyle blog, where I focus on culture, style, and well-being for young women. I aim to inspire people with my content and to create an environment of positivity. Read on to follow me through my journey!